Habitat For Humanity’s Basalt Project is Melting Pot for Volunteers 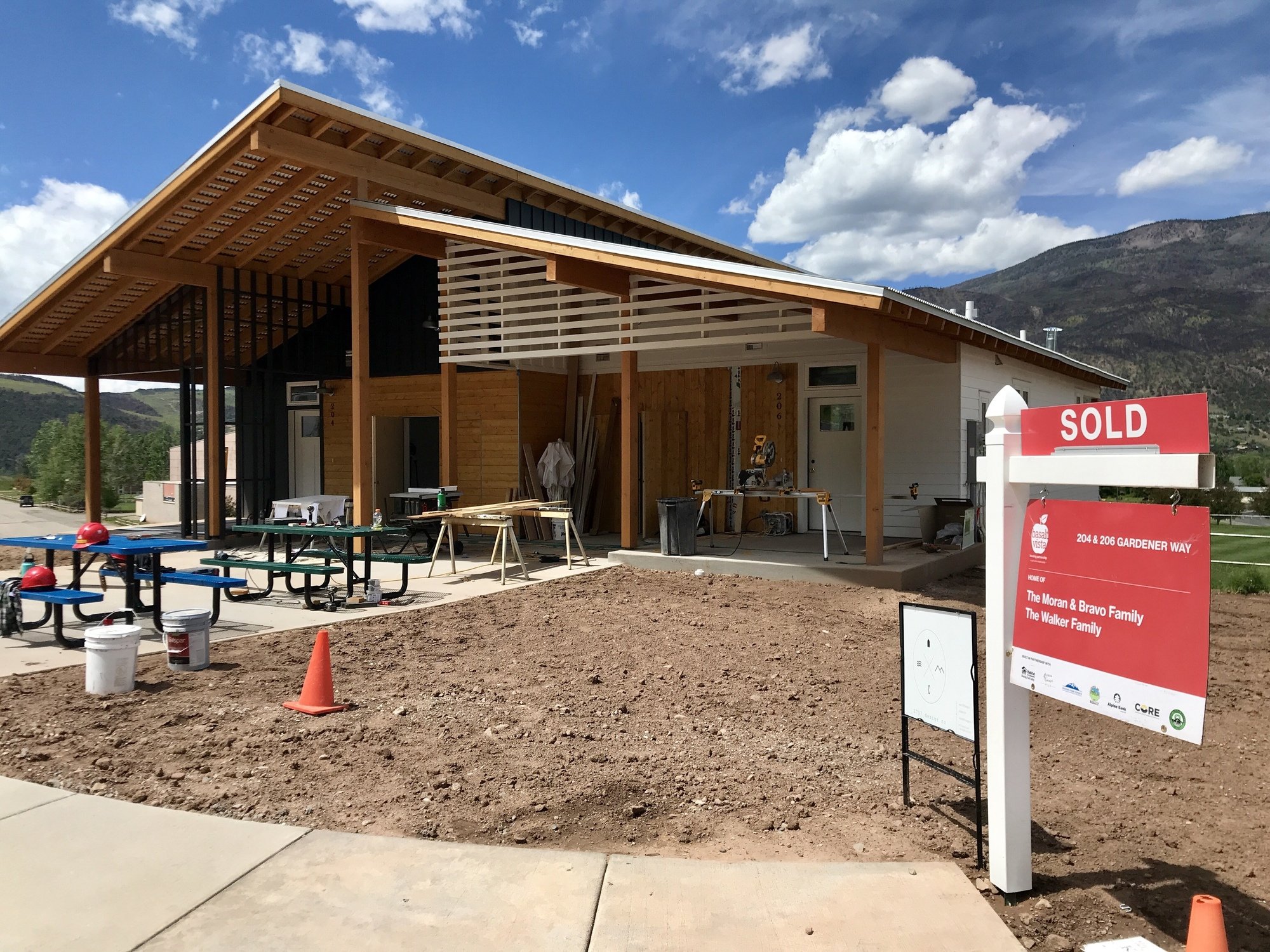 Volunteers at the Habitat for Humanity Roaring Fork project in Basalt didn’t have to wait until Christmas to learn that it is more blessed to give than to receive.

The Basalt Vista project has been a melting pot for volunteers. Among others, in recent months it has attracted a couple celebrating their wedding anniversary, a family who adds a twist to their Aspen vacations, a longtime valley resident donating his time in retirement, people recovering from addictions at a local treatment center and numerous business staffs engaging in team building.

“We always get volunteers but we’ve never had these numbers,” said Scott Gilbert, president of Habitat’s Roaring Fork chapter. “Habitat has been building homes for 20 years in the valley and this is by far the most robust engagement we have had from the community.”

As of mid-December, 1,456 volunteers had donated 13,579 hours at the housing project since construction started in November 2018, according to Habitat’s records. Gilbert attributes the surge in volunteerism on several factors.

“Who it is for and where it is has changed the paradigm,” he said.

Read the article by The Aspen Times here.